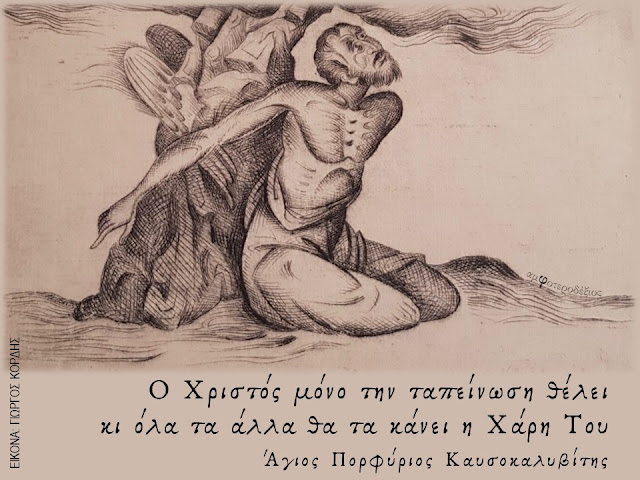 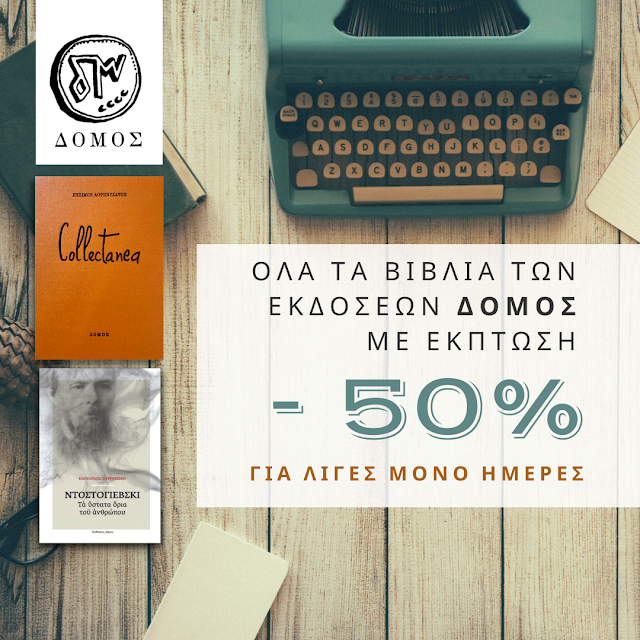 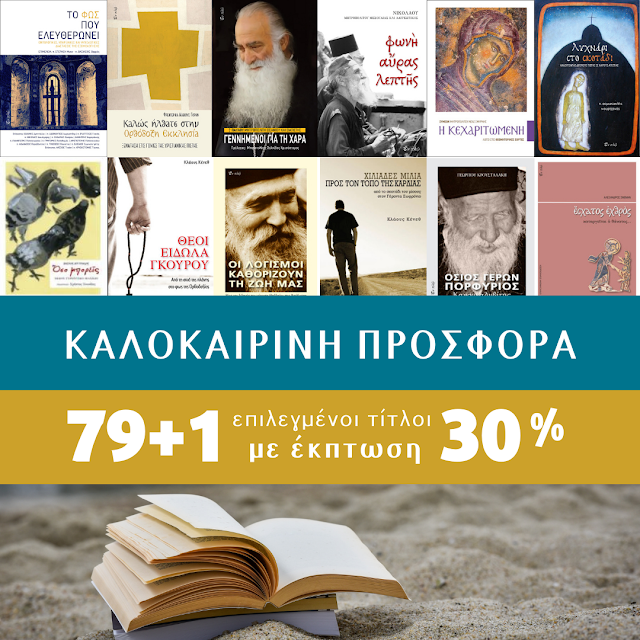 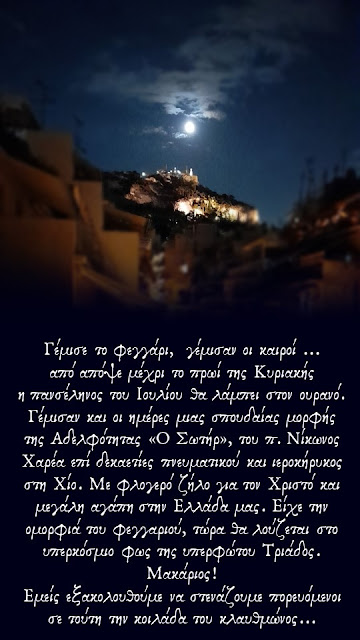 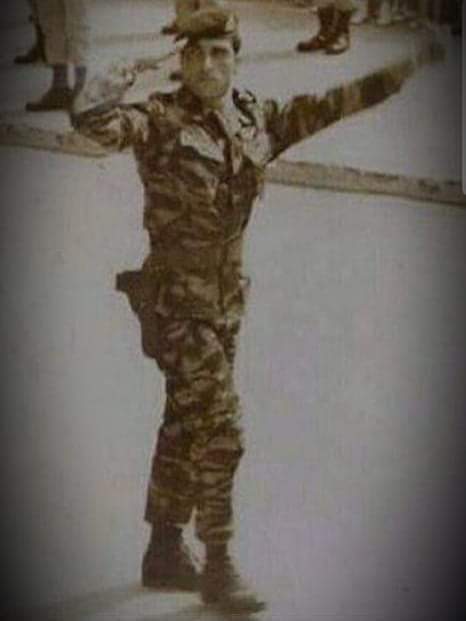 * LOVE IS STRONGER THAN DEATH. [A story of healing] 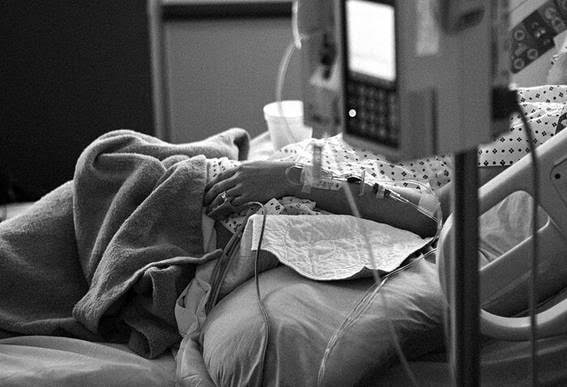 “I am having a birthday tomorrow,” Kira, a shortish slender woman, said softly, with her bright blue eyes sparkling gaily.

Her fingers, after stopping for a few moments, with light movements continued to apply cream onto her face, which looked attractive and young for her age.

“Now I am seventy-one. But I keep moving forward. Life is not smoothe sailing. Ten years ago the Lord sent me a trial through my beloved daughter…

“They concealed that news from me up to the last moment, fearing it would be a hard blow to me. But in the hospital, at my beloved Lyubonka’s [a diminutive and affectionate form of the name Lyubov.—Trans.] bedside, my son-in-law blurted out all of a sudden: ‘She has terminal cancer, and the tumor is inoperable.’ Though previously they kept saying that it was an ulcer, my maternal instinct prompted me that the strength of my own ‘flesh and blood’ was ebbing away. She had lost weight and ate practically nothing. However, I couldn’t have imagined that it was terminal cancer! It was like a knife in my heart.

“I don’t remember how I walked out of the hospital. I was dashing around the noisy streets of St. Petersburg, amid noisy youngsters, attentive moms and pensioners who were enjoying the day… Why were they laughing? Now an enormous ‘stone wall’ of grief separated me from the rest of the world.

“I wanted to be in the village, by the three birches behind my parents’ house, and give vent to my grief, burying my face in their rough bark. Those birches had seen a lot of my tears. But those tears of a young child were nothing compared to the ocean that was about to flow from my eyes.

“Where could I carry my heart, which was choking with intolerable pain? I turned on to a narrow side-street, away from the crowds, and reached a cul-de-sac (in many St. Petersburg streets the walls of the adjoining buildings form a dead end). An ‘animal’ shriek’ burst from me. I was yelling at the top of my voice, like a wounded she-wolf. In a word, I screamed myself hoarse, to the point of exhaustion. And in that inconsolable distress the following thought crossed my mind: ‘I must go to church! I must speak to a priest as soon as possible.’

“Having wiped my tears, I ran to Fr. Vasily, wondering why I hadn’t done it earlier. I can’t say I was a church-goer back then—I would only drop in at church occasionally. I had confessed my sins to that priest twice. He had encouraged me to come to church more often, but when everything goes well in our lives we are always ‘too busy’ to go to church. As the Russian proverb goes, ‘the peasant doesn’t cross himself so long as the thunder doesn’t roar.’ And this was the case with me too.

“The Liturgy was over. The priest came out; though tired, he looked very untroubled and happy. I rushed towards him with my sorrow.

“The first thing he did after hearing me out was to ask me whether Lyubov was baptized or not.

“‘I didn’t have her baptized when she was a child—that’s my fault, father. You know, it was the Soviet era. And she didn’t want to go to church when she grew up,’ I said.

“After a pause Fr. Vasily said suddenly and bluntly:

“‘This is what I’ll tell you. If she agrees to be baptized, take her to church tomorrow—I will conduct the sacrament.’

“‘What are you talking about? She has stage four cancer. She neither eats nor gets out of bed. My poor girl!’

“‘Bring her here. I will baptize her only at church. Pray, invoke the Mother of God. For the entreaty of a mother has great power to win the favor of the Master (from the Sixth Hour). And, most importantly, don’t despair! God will help you,’ he said.

“The Lord alone knows how I hurried back to the hospital, to my Lyubonka, and how fervently I implored our Intercessor, the Mother of God.

“My dear girl agreed to be baptized and commended her fading life to the hands of God with great reverence. The next morning we brought her to church with much difficulty. My son-in-law and I supported Lyubov from either side throughout the ceremony.

“While we were standing (about to fall apart), the priest would pronounce the frightening words every now and then, that we are buried together with Christ. Those words about death then really terrified me. It was later that I learned that when a person is immersed three times in water, it symbolizes burial, like the burial of Jesus Christ. And since we become like the Lord in death, we are resurrected together with Him in Holy baptism. Our ‘old man’ dies, and the ‘new man’ is born to a new life in God. And in the sacrament of Chrismation someone is anointed with myrrh and receives the Holy Spirit, as was the case with the Apostles on the day of Pentecost.

“Fr. Vasily read the final prayers, blessed the newly-baptized servant of God Lyubov and said, ‘Now accept whatever God sends you as if from His hands. Rely on His holy will.’

“I prayed all night long. God was so close—I had never sensed His presence so keenly before. I was shouting, weeping and complaining to Him—and He was near, He was listening… I fell asleep towards the morning.

“The next day I opened the door of the ward with a fainting heart… Lyubochka’s [another affectionate form of the name Lyubov.—Trans.] bed was empty.

“My darling! I ran out of the ward into the hospital corridor, ready to hear bad news from the doctors. I lifted my eyes… My Lyubochka was slowly moving towards me, leaning against the wall. She was alive! And she was smiling!

“‘My angel!’ I whispered, unable to say anything else. Tears of joy gushed from my eyes. In the ward we had a good cry together and a good long talk. She spoke more than I did. She related how during the sacrament of Baptism her soul had been filled with the ineffable peace and tranquility, how she had been stunned by the sweet spring outside the church gate. The sunlight had been dazzling her, but she would have sensed light even without the sun. Light, purity and love were within her.

“‘Mommy, it is such a blessing to be with God. He loves us so much! Even our strongest love is just a faint echo of divine love, which will never betray us, never forsake us, even if we turn away from it or abandon it. But the door of love can only be closed from inside—by us, ourselves. Mommy, do you understand? Only we can close this door by our betrayal and sins. Perhaps I’ll tell you a terrible thing now… If the Lord decides to take me in these days, I will gladly accept this. Mommy, my dear, there is no death as long as there is such love!’ Such were those most penetrating words I heard from my daughter on that day. I will never, never forget them.

“Her appetite came back on the same day. Lyubonka was swiftly recovering without chemotherapy and drugs. The doctors only spread their arms in surprise, unable to explain the recovery of a patient with inoperable cancer. She was discharged from the hospital because she was healthy.

“Words can’t express the joy of those spring days. I came to love church services, gradually integrated into parish life and now do my very best to help the priest. I spend summers at a convent to labor for the glory of God as far as I can. And I give thanks to God unceasingly,” Kira concluded her story.

We sat together in silence for a while, marveling at the miracle and at the fact that miracles are still possible in our days.

Her daughter’s soul was resurrected in Baptism, and the body was renewed and healed together with it. The “new man” was born of the water and the Holy Spirit, was freed from sin, renounced satan, united with Christ and received in the sacrament all that’s necessary for the soul to enter the Heavenly Kingdom. Peace, faith and love entered the heart through the grace of the Holy Spirit. And I thought:

It’s the great mercy of the Lord—to die immediately after Baptism. And it’s God’s great confidence when we stay alive after Baptism to preserve and grow the fruit of the Spirit, received in this sacrament.

Such a great gift! But do we ever think of it as adults, if we were baptized as infants, or for company’s sake, or after much persuasion from our nearest and dearest? This treasure remains with us. And as long as we are alive, we can always find it amid the “junk” in our souls. We can clean it, make it glitter and shine, and multiply it. The sacraments of confession and Communion were given to us for this very purpose.

Otherwise, when the moment of death comes, we will find nothing in ourselves that enables us to enter the Heavenly Kingdom. For, as the Savior says in the Parable of the Talents: For unto every one that hath shall be given, and he shall have abundance: but from him that hath not shall be taken away even that which he hath (Mt. 25:29).

The Lord answered that mother’s prayers, and Lyubov survived. One of us asked Kira:

“What about your daughter? She became a very religious person. How did her life change after Baptism and the healing?”

“In truth Lyubonka became a zealous believer for a long time—she attended church services every Sunday, kept all fasts and prayed for hours daily. But with time she did it less and less often. Now she goes to church on major feasts. She is very busy with her husband, children and household. But I am free. That’s why I have come to the convent to devote my seventy-first birthday to the Lord. Glory to God that He still gives me energy to work and pray.”

Deeply impressed by her story, we started getting ready for sleep. The next morning, together with the others Kira (instead of having a banquet) was going to toil in the broiling sun in the convent’s kitchen-gardens, without sparing herself, continually giving praise and thanks to Him Who had answered her prayers and wiped away her tears.

Over twenty years have passed since then. Over this period I have heard numerous interesting stories from Orthodox people. But Kira’s miraculous story, related the night before her seventy-first birthday, remained in my heart forever as a lesson of true faith, fervent prayer and sincere gratitude. After the fulfilment of her petition the aged woman didn’t lose the living faith in the fuss and vanity of quickly-flowing days because she had learned to thank the Savior in both word and deed.

For some reason I feel certain that Kira’s daughter, who received the grace of the Holy Spirit in the sacrament of Baptism, has been guided by the Lord in unique ways towards the source of immortality. Her soul certainly received the priceless gifts and has increased them. And now their family lives and is sustained by her fervent prayers and good deeds.

Grief always teaches us a good and ideal lesson; it’s a step to eternity. It’s either a step to Thee, O Lord, or a step down. Give us wisdom, O God, always to step up, even if a steep and difficult ascent awaits us. And may we never forget that Thy love to us Thy children is stronger than death, and Thy gift, received in Holy Baptism, is more valuable than life. 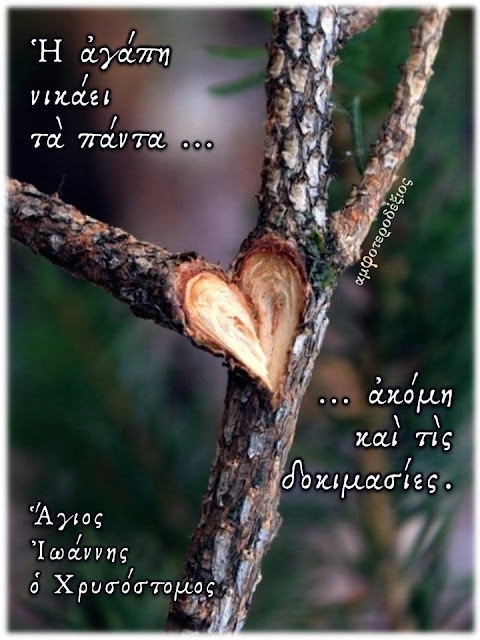 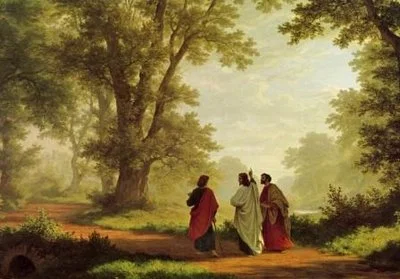 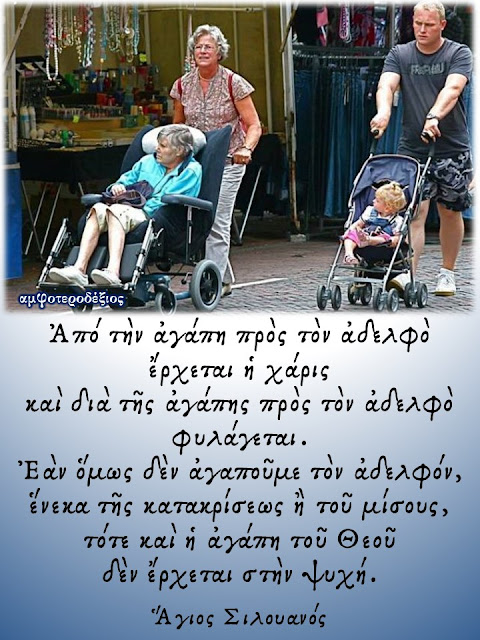 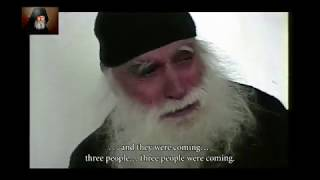 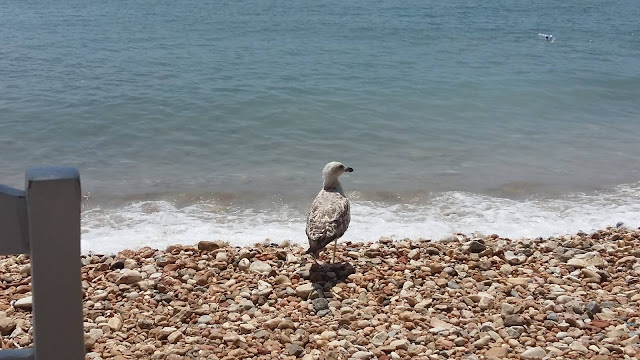 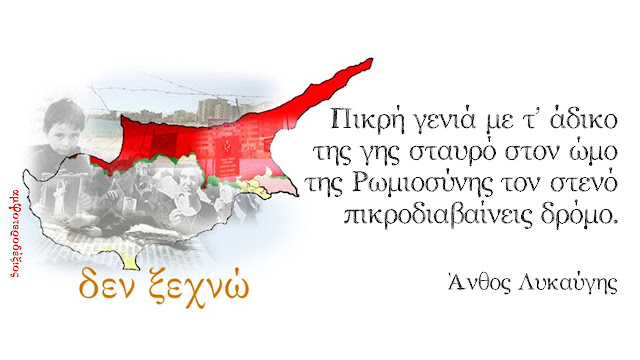 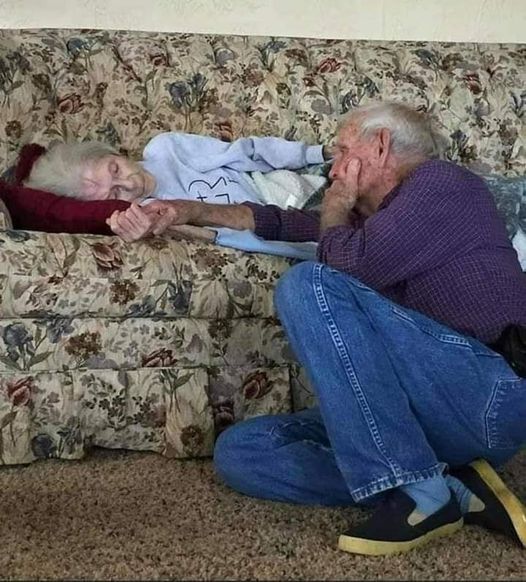 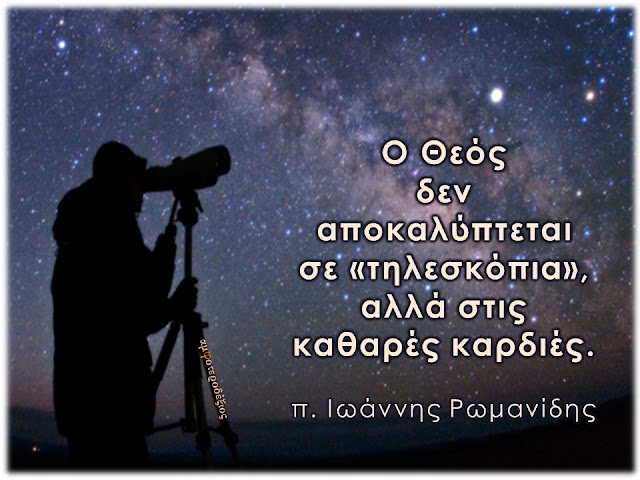 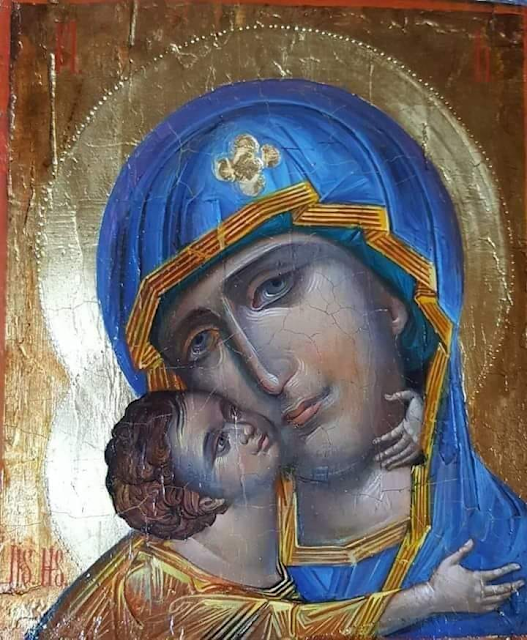 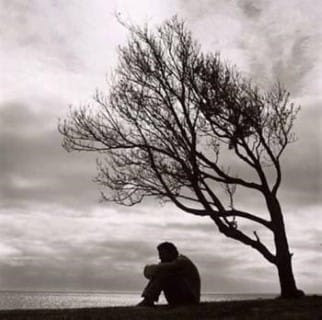 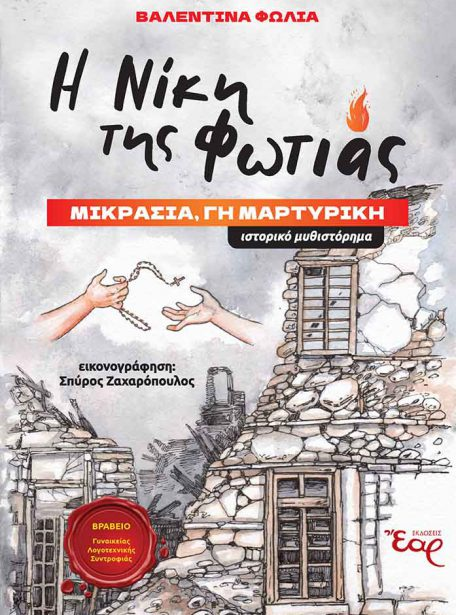 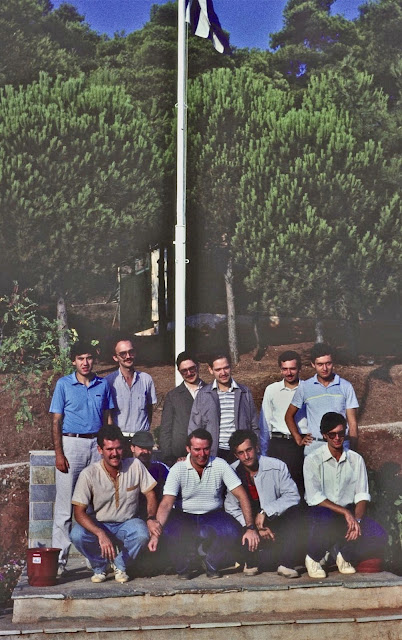 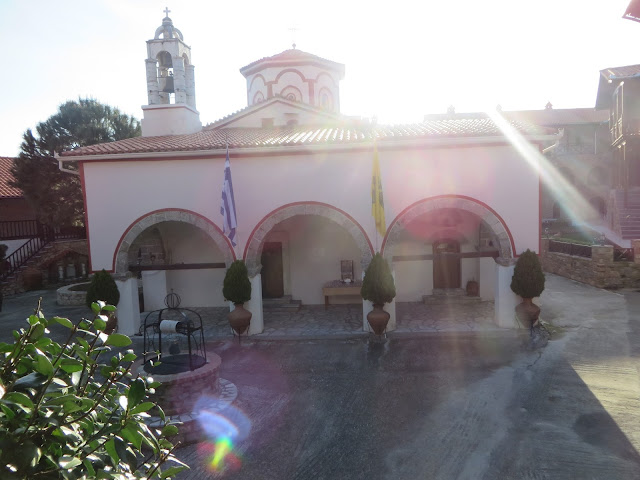